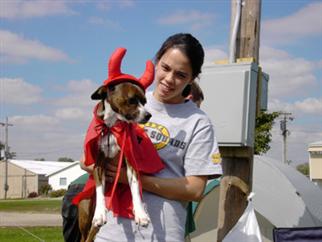 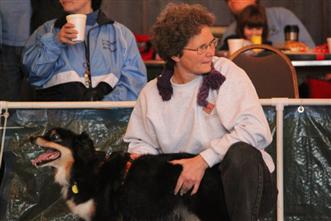 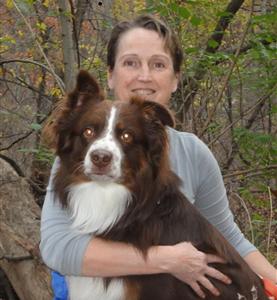 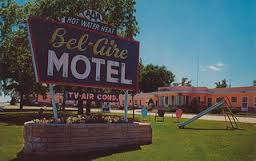 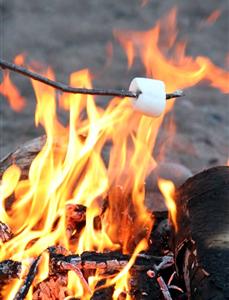 Okay, next time we do a UI basketball demo, let's all make sure Ruby can really come!, and that she hasn't just had surgery on her foot (January 2004), or that she doesn't plan to spend the weekend visiting an out-of-town friend (January 2005).

Maybe squirter cheese isn't such a good idea as a motivator. Ask Beth, who had a cheese explosion in her pants' pocket at the Hawkeye Hustler's July 2004 tournament.

Faux Pas: Barbara wore SWISHY pants to a 4-star (well, old folks) steakhouse in Springfield (April 2004); we were all embarassed to be at her table.

Longest pass: Terry and Ruben at the Omaha 4-Play April 2004 tournament. Co-conspirators: Barb and Trace. Excuse: Time for a little chat. Apparently couldn't wait until AFTER the race ...

Angie, after offering via email to provide s'mores ingredients for Henry camping (June 2004), denied ever having said any such thing. Sticks, she said, was what she promised to provide. Rebellion amongst the troops forced Angie out on an expedition through Henry in search of s'mores stuff (and liquor). How does it happen Angie is the vortex of our good flyball stories these days?

Most amazing ball bobble: Chloe at the Omaha 4-Play December 2003 tournament. Bobbled the ball at the box, it bounced off her nose and backwards OVER the backstops, Chloe bounced over in hot pursuit and disappeared from sight between the lanes. Then, she bounced back over into the ring WITH her ball and actually cut in and hit every hurdle, to cheers from the audience AND the judge! Was it her OWN ball she brought back? Boxloader Laura says yes; judge Dale said he didn't care -- she deserved the clean run.

Record for longest start time: Ruby and handler Steve at 7.2 seconds. (Just what DID you nod at the judge about, anyway?)

Not exactly a flyball blooper, but we don't want to forget the chocolate martinis in Omaha (December 2003) resulting in Angie's key card floating (NOT) in the toilet. How did that happen? (And how did she get it out?) And, speaking of bloopers, why did she go to bed in a wet swimsuit -- with Laura?

Team Kickin' Asphalt (Chloe, Jester, Belle, and Rippy) had a fabulous time setting the Club record for breakouts: TEN in one weekend in Division 2 at the Hawkeye Hustlers' tournament in July 2003. (Ready for Division 1?)

Best poop stories: Blue, hands down. Blue poops in the lane, leaves mid-race to poop outside, tries to poop while racing; Bekka has all kinds of poop stories. Just ask her.

Best doggie fountain: Cully, in Madison, early 2002. Got his foot caught in a box hole and sprayed everyone and everything in the vicinity. Ugh.

Most glamorous runbacks by a handler: Bekka, who hurdled the barrier at the back of the ring after nearly every race in her efforts to keep ahead of Cully in Mason City at the Iowa Fly Dogs' tournament in August 2002. There just can't be enough runback space for some dogs.

Congratulations to Chloe and handler Jo for setting a new record for early starts: FOUR in a row in one race, assisted in the dastardly deed by former teammate and fellow start dog Sage and handler Peggy, at the Jammn' K9s tournament in August 2003. Way to stress out your teams girls!

Nami took out the sensors in her lane while handling Chloe and trying to get her to release her tug to re-run, Henry, summer 2002.

Head-on: Jack and Jester, over the first hurdle at full speed, at our first practice in SHORTER building, fall 2002. About the same time Jack's handler Jim smashed into the wall. (We had more ROOM before, even if we had to dodge tractors!)

Bowled: June, by Chloe. Henry, summer 2002: after she was released, June decided she wasn't sure she WANTED to go get the ball. Hesitation is treacherous in flyball. She got nailed by Chloe, returning at full speed. June did a 360, staggered a bit, looked up at Corey, who tried to send her again. She slowly headed toward the box, then crossed, trotted out the door, and headed back towards the crating area. Smart girl.

Notable: Longest Ball Bobble: Belle, 10 seconds standing at the box after the ball had rolled away. Wouldn't return without ball, despite Bekka's pleading; Springfield 2001. Most admiring glances -- at herself, also Belle, who caught sight of herself in the mirror DURING a race, at Dynomutts, February 2001.